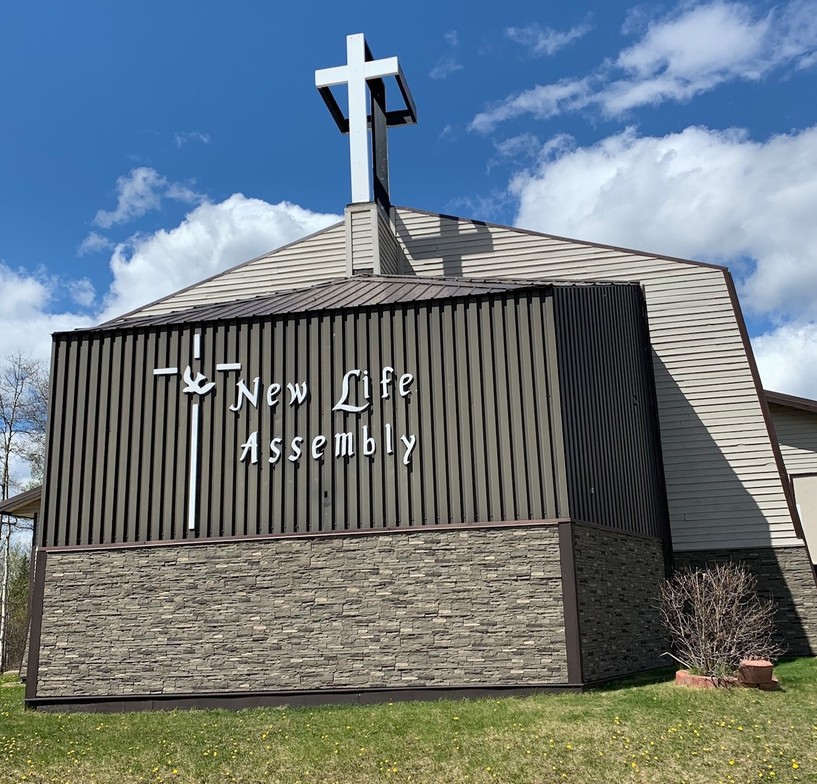 We are part of the Pentecostal Assemblies of Canada. We are a Christ centered Bible based group of people who are committed to loving one another and our community.

New Life Assembly began in 1983 with services being held in the gymnasium of a school with the first sermon preached by Mr. Chesley Andrews. Sunday school was taught in the home of Manual and Lorraine Martin.

As the town began to expand, services moved to a ‘community hall’ which was being used as a temporary community centre until the Town’s permanent community centre was opened. The Town set aside two lots for churches and put out a call for proposals. The only proposal was submitted by PAOC and the existing community hall was moved from the current site that is now home to New Life Assembly.